Congratulations to all those who competed at Snofactor Braehead on 26 September.

In an extremely high standard of competition including Team GB members the Primary team won silver overall while the Secondary team won bronze.

Individual medals were won by 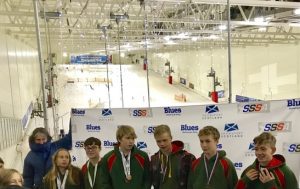