There is growing excitement at Jordanhill School as our 1st XI hockey team prepare to play in their first ever Scottish Cup Girls’ final on Friday 18th March at the Peffermill Playing Fields, Edinburgh. This is a tremendous achievement for our very talented team and is certainly the best achievement by a Jordanhill School hockey side. Our team includes three members of the Scotland U17 hockey, but it is their collective skill, teamwork and commitment that has been the foundation of their success. As the only state school in the competition, it was initially suggested that we enter the Aspire Cup for less experienced teams. To get to the final in the main draw we have beaten far more established hockey schools such as Loretto School, The High School of Dundee and, in a tense semi-final, former Scottish Cup winners, Dollar Academy. In recent weeks, the team have also won the Hutchesons’ Grammar School and The High School of Glasgow 7 aside tournaments.

Two buses of staff and pupils will be going through to Edinburgh on Friday and we are expecting to have nearly 200 Jordanhill School supporters cheering the team on in the final against George Heriot’s School. The match will start at 6.00 pm. The event is open to the public and we encourage anyone associated with the school to join us for the push back in Peffermill on Friday night. 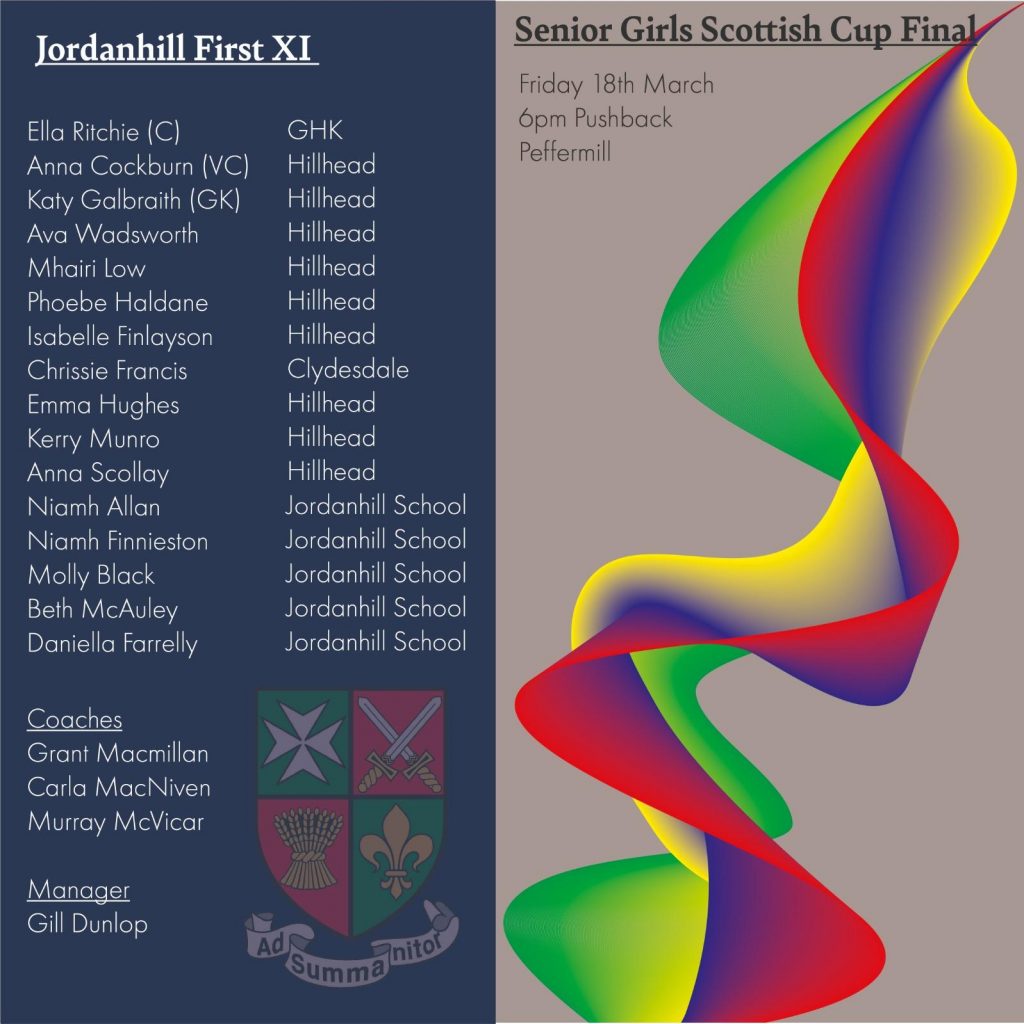