In addition to the prepared element, Anna gave an excellent spontaneous speech involving an unseen and unrehearsed scenario. Very well done to Anna!

Oliver, David, Carla and Anna worked on their group project over a period of four weeks. They first developed their own script in Chinese. They then practised individually and together as a group on-line. Finally, they starred in their very own ‘Talent Show’. The end product was marvellous!

The team deserve high praise for their outstanding accomplishments. To achieve such results is a difficult challenge at the best of times; to do so during lockdown is exceptional. 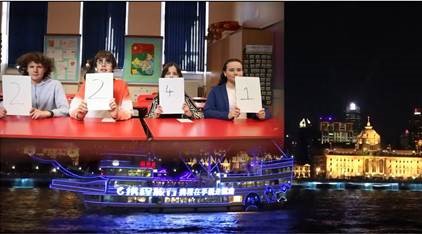