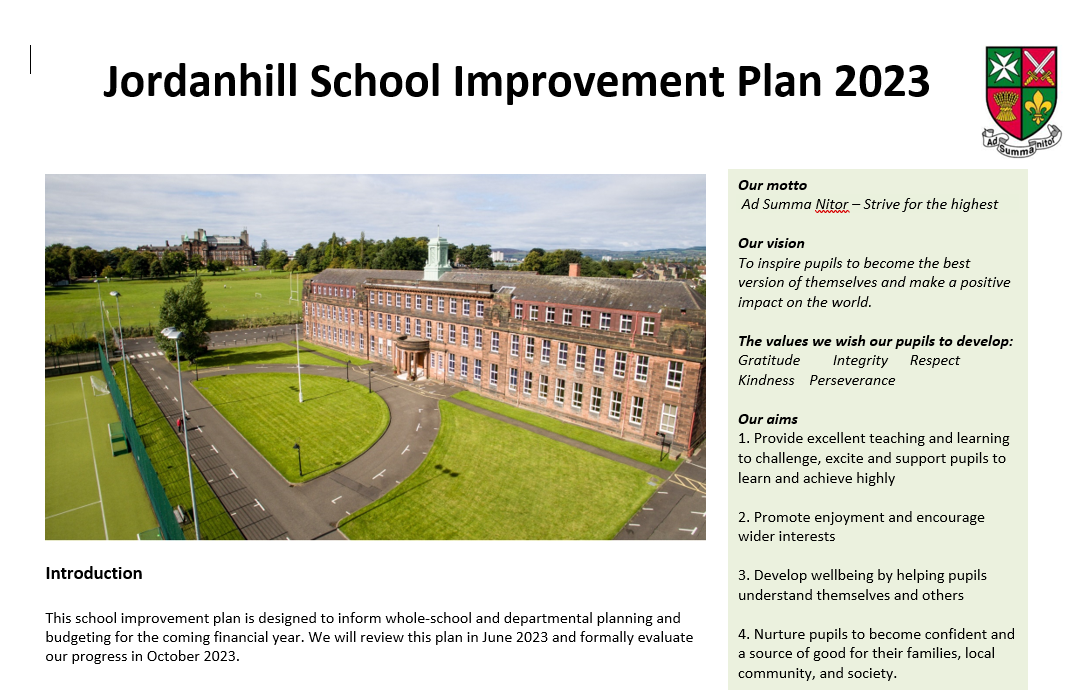 The school has a rigorous set of planning and quality assurance procedures. The Board discusses and approves the Outline School Improvement Plan in January, the updated Final SIP in May and the evaluation thereof in November each year.

The School Improvement Plan 2023 provides insight into our high level priorities and targets for 2023.

The Annual Report comprises the Financial Report for the year ended 31 March and the Standards and Quality Report which reviews the performance of the school.

The internal planning cycle is complemented by a series of external benchmarking exercises. The findings of all such exercises are published. Further information on the most recent can be found by clicking on the links below

Further data about the school can be viewed on the Schools Information Dashboard Primary and Secondary.